PRO-WORKER APPOINTEES GAIN A VOICE ON FEDERAL LABOR BOARD

“Federal workers can breathe a little easier now that President Biden has not only filled these vacancies, but has done so with experienced individuals who understand the importance of the work that our federal workforce does,” said Government Employees Director Paul O'Connor.

The FLRA oversees disputes between federal agencies and their employee unions. If confirmed by the Senate, Grundmann would serve as a member of the board and Rumsfeld would serve as general counsel.

Grundmann currently serves as the executive director and chief operating officer of the Office of Congressional Workplace Rights, where she oversees the administrative dispute resolution process and provides education to both employing offices and labor unions that represent employees in the legislative branch. Prior to that post, she was general counsel to the National Federation of Federal Employees.

Rumsfeld, who began his career with the Department of Labor, is

IBEW members like this employee of the Army Corps of Engineers will benefit from pro-worker nominees on the Federal Labor Relations Authority.

for operations and legal policy for the FLRA's Office of General Counsel, where he assisted in managing regional operations.

Click here for more on this article at the IBEW Media Center. 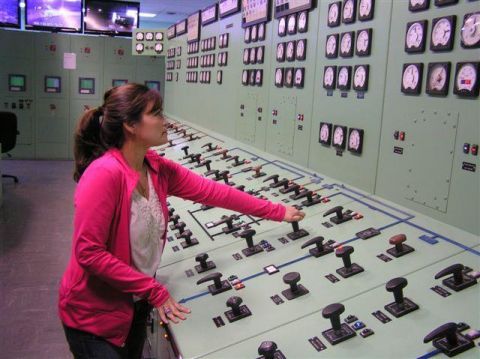